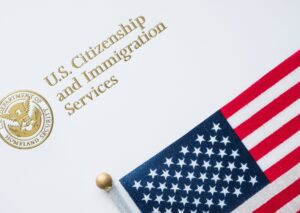 President Biden came into office with ambitious goals and lofty promises to reform the US immigration system. However, as he nears the one-year mark of his presidency, his plans for policy changes have stalled, his management of the southern border has been widely criticized, and his chances of enacting new immigration laws as part of his social spending bill, are rapidly diminishing. How did this come to be?

Without question, we have encountered a series of unprecedented crises this past year that have overshadowed immigration concerns, not the least of which were the pandemic and the resulting economic challenges. However, our country ignores immigration reform at our own peril. As stated by senior White House and political correspondent for CBS News, Ed O’Keefe, “one of the things that… undergirds everything about this country – the economy, job creation, the fight over illegal drugs, schooling, …national identity, and security” is immigration policy.

Despite President Biden’s promises, challenges and inequities continue to abound for our country’s illegal immigrants. Millions of undocumented residents “live in the shadows” and yet continue to significantly contribute to our economy. Moreover, a vast number of immigrant parents and their children continue to suffer from the trauma of being separated at the border, and the federal government has thus far failed to provide compensation to help repair the devastating harm that was inflicted on them.

In addition to the competing concerns of the pandemic and the economy, the Biden administration has also faced opposition from Republicans who have filed lawsuits challenging its immigration policy changes. Most notably, a federal judge in Texas blocked the termination of a controversial border policy implemented by President Trump which forces non-Mexican migrants to stay in Mexico until their immigration court dates. Further, the flood of migrants -including a record number of unaccompanied minors – arriving at the US-Mexico border have proved overwhelming. One administration official has admitted that “The volume and emergencies [at the border] have had us in a defensive posture rather than [focusing on] reforms and a proactive agenda”.

The Biden administration has also faced criticism for failing to end “Title 42”, the public health authority invoked at the beginning of the pandemic, which allows border control officers to turn away migrants from the southern border on public health grounds. Further, it now appears likely that the proposed immigration provisions will no longer be included in the Build Back Better social spending bill. The Senate parliamentarian has rejected the immigration provisions as running afoul of the “Byrd rule” which prohibits “extraneous” measures unrelated to the budget or ones that would raise the federal budget deficit beyond a ten-year window.” This is yet another blow to President Biden’s immigration agenda.

Immigration advocates are increasingly voicing concern and disappointment. For example, Karen Tumlin, founder and director of Justice Action Center has stated that “The Biden campaign promised to welcome people with dignity, and instead we returned to Trump policies… this is not the change millions sought when Biden was elected.”

However, despite these challenges and setbacks, the Biden administration has made some progress, including ending mass worksite enforcement, halting border wall construction, and no longer applying the controversial public charge regulation that made it more difficult for immigrants to obtain legal status if they used public benefits. In addition, they have established a task force which has now successfully reunited one hundred families who were separated at the southern border during the Trump era.

While these are worthy sentiments and aspirations, the administration has failed to make enough tangible and impactful progress. It has now been more than 30 years since significant changes were made to our immigration system. It is long overdue for our government to modernize our immigration system. President Biden must act boldly, either with the support of Congress, or in the alternative, by executive action, to make good on his promise to better the lives of immigrants and thereby all Americans.