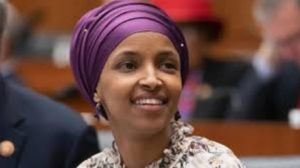 Like both Rich and David, I consider it flatly inappropriate for the president of the United States to be telling Americans — rhetorically or otherwise — to “go back where you came from.” In consequence, you will find no defense of the president from me, either. What Trump tweeted over the weekend was typically stupid and it was typically counterproductive, and it deserves nothing less than has been aimed at it.

But not all criticisms are alike, and, while I agree with his conclusion, I nevertheless have quite a few problems with David’s broader argument. This passage especially bothered me:

The blessings of liberty accrue to all Americans, including immigrants. And while all Americans should be deeply grateful for their freedoms and for American opportunity, it’s a simple fact that immigrant citizens have actually done something to earn their status. They’ve often migrated here at great personal cost, learned a new language, built a life in a new land, passed a test most Americans can’t pass, and then swore an oath that most Americans have never sworn.

I disagree with almost all of this. Legally, Ilhan Omar has exactly the same rights as someone born here. And she should, without exception. Culturally, though, the idea that Omar does not “owe a special debt of gratitude to the” United States is ridiculous, as is the idea that Omar’s views of the United States should not be affected by that debt. Of course she should be grateful! The United States saved her from a warzone, let her stay, accepted her as a citizen, and then elected her to Congress. If one can’t be grateful for that, what can one be grateful for?