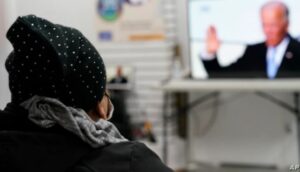 The Biden-Harris White House reversed proclamations that barred most people from several majority Muslim and African countries to travel to the U.S. In a conference call with reporters, Biden’s national security adviser, Jake Sullivan, described Trump’s policy as “nothing less than a stain on our nation” and “rooted in xenophobia and religious animus.” The former Trump White House had defended the proclamations as needed to keep America safe.

Though the order says it will provide relief for families that were separated by Trump’s travel restrictions, it also calls for strengthening screening and vetting for travelers by “enhancing information sharing with foreign governments.”

Biden is “preserving and fortifying” the Deferred Action for Childhood Arrivals (DACA) program, which has protected from deportation hundreds of thousands of migrants brought illegally to the United States as minors. In his proclamation, Biden called on Congress to pass legislation that gives DACA recipients permanent legal status and a path to U.S. citizenship.

There are about 700,000 people enrolled in DACA, which still faces legal challenges.