Home Uncategorized NYC Threatens up to $250G in Fines for Using Terms Like ‘Ollegal Alien,’ Threatening to Call ICE 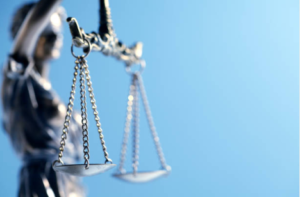 New York City’s Commission on Human Rights announced on Thursday that residents could face up to $250,000 in fines if they use terms such as “illegal alien … with intent to demean, humiliate or harass a person.”

“Hate has no place here,” a tweet from the City of New York read. The city’s announcement ticked off a list of offensive ways to address immigrants — including threatening to call Immigration and Customs Enforcement (ICE), or harassing someone for their “limited English proficiency.”

“Threatening to call ICE when motivated by discrimination, derogatory use of the term ‘illegal alien,’ and discrimination based on limited English proficiency are unlawful discriminatory treatment under the NYC Human Rights Law,” the announcement read.

“Fines of up to $250,000 can be assessed for each act of willful discrimination, and damages are available to complainants,” the city said.

New Yorkers could also face fines if they use similar language towards a lawful resident or citizen whom they perceive to be in the country illegally.

“The NYC Commission on Human Rights … defines discrimination on the basis of perceived or actual immigration status and national origin under the New York City Human Rights Law in public accommodation, employment, and housing,” the announcement read.

By Sam Dorman for FOR NEWS
Read Full Article HERE