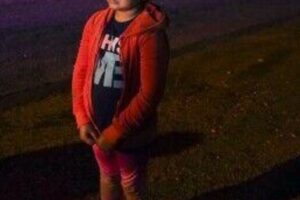 AUSTIN, Texas — The number of unaccompanied migrant children found crossing the border from Mexico has dropped to historic lows, and experts are at a loss to explain why.

In each of the first few days of the new year, only several dozen children have been encountered by federal law enforcement at the border compared to the 300-500 per day in the weeks leading up to Christmas and most of 2021.

“There has been no significant policy or operational change that would explain this decline at this time,” said Theresa Cardinal Brown, managing director of immigration and cross-border policy at the Bipartisan Policy Center think tank in Washington, D.C.

Customs and Border Protection personnel encountered 55 children who crossed the border without a parent or guardian on Sunday. Sixty-eight children were taken into custody on Monday and 81 on Tuesday.

The previous week’s daily encounters ranged from 145 to 168, which is one-third to half of the number seen nearly every day since March.

“The decisions [for parents to send their children across the border] are made weeks ago,” said Brown. “It could be people coming in before Christmas trying to get in to see parents or other relatives before Christmas. … Are you going to send your kid north over the holidays or spend the holiday with them and send them after? That could be it.”

Spikes in the omicron variant of the coronavirus in Mexico may also play a smaller role in why fewer children are arriving at the border, as it could prompt fewer parents to send their children to be smuggled north or affect the operations of human smuggling rings.

“It’s also possible that the new wave of COVID infections is contributing to a slowdown in high levels of migration.