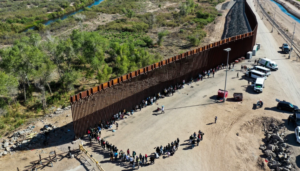 The number of undocumented immigrant crossings at the southwest border once again broke records in May, prompted in large part by surges in migration by nationalities that were previously rarely found at the U.S.-Mexico border, according to Customs and Border Protection data obtained by NBC News.

The number of border crossers from India, Turkey, Russia, Haiti, Brazil, Colombia and Nicaragua increased in part because it is harder for border agents to subject some of those nationalities to the Covid-19 border restrictions known as Title 42 that let the U.S. quickly send migrants back to their home countries. India, Russia and the other home countries of these migrants are reluctant to accept the migrants back. As a result, the data shows that most are allowed into the U.S. to pursue their immigration claims.

A Colombian woman who referred to herself as Jemena, but would not reveal her full name, told NBC News that she recently emigrated to Texas despite Title 42 being in place. She said she fled the country after gangs threatened her 11-year-old son and “disappeared” her husband. She said she was aware there was a possibility she could be expelled after her long journey, but that it was “worth the risk.”

The percentage of Haitian migrants expelled because of Title 42 was also low in May. However, U.S. flights returning Haitian nationals to their home country have increased in the first part of June, and U.S. officials at the border expect the flights to deter more Haitians from making the journey.