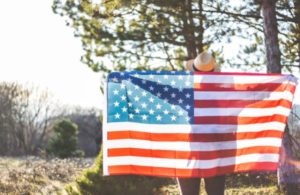 WASHINGTON — The Trump administration is expected to issue a proposal in coming weeks that would make it harder for legal immigrants to become citizens or get green cards if they have ever used a range of popular public welfare programs, including Obamacare, four sources with knowledge of the plan told NBC News.

The move, which would not need congressional approval, is part of White House senior adviser Stephen Miller’s plan to limit the number of migrants who obtain legal status in the U.S. each year.

Details of the rulemaking proposal are still being finalized, but based on a recent draft seen last week and described to NBC News, immigrants living legally in the U.S. who have ever used or whose household members have ever used Obamacare, children’s health insurance, food stamps and other benefits could be hindered from obtaining legal status in the U.S.

Immigration lawyers and advocates and public health researchers say it would be the biggest change to the legal immigration system in decades and estimate that more than 20 million immigrants could be affected. They say it would fall particularly hard on immigrants working jobs that don’t pay enough to support their families.

Many are like Louis Charles, a Haitian green-card holder seeking citizenship who, despite working up to 80 hours a week as a nursing assistant, has had to use public programs to support his disabled adult daughter.

Using some public benefits like Social Security Insurance has already hindered immigrants from obtaining legal status in the past, but the programs included in the recent draft plan could mean that immigrant households earning as much as 250 percent of the poverty level could be rejected.

A version of the plan has been sent to the White House Office of Management and Budget, the sources said, the final step before publishing a rule in the federal register. Reuters first reported that the White House was considering such a plan in February.