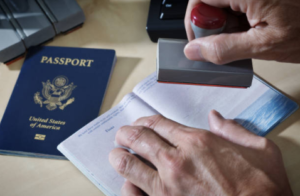 The veto came a day after the GOP-controlled legislature gave the legislation final approval. It was filed in response to several recently elected Democratic sheriffs who are refusing to cooperate with Immigration and Customs Enforcement, particularly on immigration detainers.

Cooper, a former state attorney general, had signaled in June that the legislation would likely be vetoed, and Republicans had idled the measure until this week.

“This legislation is simply about scoring partisan political points and using fear to divide North Carolina” Cooper said in his written veto message . “As the former top law enforcement officer of our state, I know that current law allows the state to jail and prosecute dangerous criminals regardless of immigration status.”

The detainers, which ask that a suspect be held up to 48 hours for pickup, aren’t arrest warrants, so currently they can be ignored. The bill’s Republican sponsors said sheriffs should work with ICE.

The dissenting sheriffs — all of them African American and most of them in the state’s largest counties — opposed the measure, saying it would worsen public safety and make immigrant victims of crime afraid of coming forward. Immigration and civil rights advocates praised the veto, having warned previously that arresting people on detainers violates due process rights and would lead to litigation.

Sheriffs “must have the ability to determine how to ensure the safety and security for all members of their community as they were elected to do,” Buncombe County Sheriff Quentin Miller, whose office doesn’t honor ICE detainers, said in a release.

GOP legislative leaders can try to override the veto. That would require Republicans to gain support from several Democrats, but not a single Democrat voted for the bill sent to Cooper’s desk. The GOP holds majorities in both chambers, but they aren’t veto-proof.