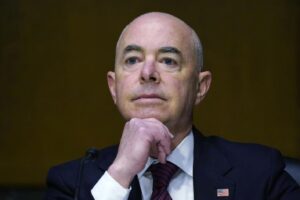 WASHINGTON (AP) — Migrants whose children were taken from them under former President Donald Trump’s zero-tolerance border policy have not reached a settlement agreement with the U.S. government, a lawyer for the families said Thursday as he and other advocates pushed back at increasing criticism of a proposal to pay compensation to them.

Attorney Lee Gelernt of the American Civil Liberties Union would not discuss details of the talks nor confirm a previously reported settlement proposal of several hundred thousand dollars to each affected person. He did, however, hold out the possibility of a trial, featuring parents separated from children as young as six months as witnesses, if there’s no agreement to end the litigation.

“All I can say is there’s no deal on the table and we have no timeframe necessarily,” Gelernt said in a conference call with reporters.

The settlement talks, which would typically be private until an agreement is finalized, have instead become a new line of attack for Biden administration critics seeking to tie the issue to the increasing number of migrants seeking to cross the U.S.-Mexico border over the past year. Republicans grilled Homeland Security Secretary Alejandro Mayorkas about it this week when he appeared before the Senate Judiciary Committee.

“As you can imagine, many Americans think it’s a pretty outrageous idea to offer massive taxpayer-funded payments to illegal immigrants who broke our laws, particularly in the middle of a record-shattering border crisis that this administration has created,” Sen. Chuck Grassley, a Republican from Iowa, said at the hearing Tuesday.

Mayorkas referred questions from the senators to the Department of Justice, which is handling the negotiations, though at one point he disputed the suggestion that a settlement would encourage future migrants to seek to come to the U.S.