Home Politics No Deal on DACA Has Been Reached Yet, White House Says 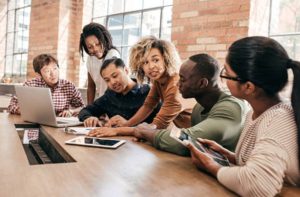 (WASHINGTON) — A group of bipartisan senators has reached a deal on legislation to protect younger immigrants brought to the country illegally, two GOP senators said Thursday.

One of them, Sen. Lindsey Graham, R-S.C., said he shopped the framework to the White House in hopes President Donald Trump would bless the effort. Trump’s sign-off would be crucial to any hopes of pushing a compromise on the divisive issue through Congress — but the White House didn’t appear to be on board.

Reacting to word of progress, Sarah Huckabee Sanders said, “There has not been a deal reached yet.” She said the White House would keep working with Congress to try to get something done.

Earlier Graham had said he was talking to the White House about what he thinks is a bipartisan proposal.

“I’m hopeful it will lead to a breakthrough,” said Graham, who has forged a close relationship with Trump despite their prior political rivalry.

Other lawmakers on the issue pumped the brakes on the idea that it represented a breakthrough.

The bipartisan group included Jeff Flake, R-Ariz., who initially announced the agreement, top Senate Democrat Dick Durbin and other pro-immigration senators that have been working for months in hopes of securing legislation to extend Obama-era protections called Deferred Action for Childhood Arrivals, or DACA.

“Sen. Flake’s bipartisan group — the only bipartisan group that has been negotiating a DACA fix — has struck a deal,” said Flake spokesman Jason Samuels. “The next step is taking it to the White House.”

Sen. Tom Cotton, R-Ark., a skeptic on looser immigration rules who joined Graham at the White House, said there’s no broader deal yet and that Trump sent congressional negotiators back to the “drawing board.”