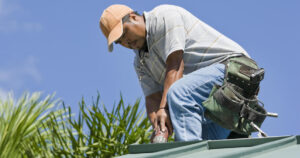 The billions in federal relief spending during the coronavirus pandemic has markedly excluded millions of people in America: undocumented immigrants. But one U.S. state is taking the opposite tack, moving to offer these excluded workers who lost jobs during the crisis up to $15,600 each.

“This is the first time any kind of benefits for undocumented immigrants approach the level of what other kinds of workers get,” said David Dyssegaard Kallick, deputy director of the Fiscal Policy Institute (FPI) a nonprofit policy research group.

Under a $2.1 billion plan approved last week, nearly 300,000 undocumented people in New York will be eligible for the lump-sum payments, which start at $3,200. Such workers make up 5% of the state’s workforce, mostly in frontline industries, and pay an estimated $1.1 billion in state and local taxes. Experts say offering them urgently needed financial relief will help energize New York’s economy as businesses look to shake off the effects of coronavirus lockdowns.

Undocumented immigrants are commonly shut out of social safety-net programs. They don’t qualify for unemployment benefits, although many employers who hire undocumented people pay into the unemployment insurance system. (Nationally, those payments comes to $13 billion over the past decade, according to an earlier FPI study.) And last year’s multiple rounds of federal pandemic aid, including stimulus checks, also excluded not just immigrants but also citizens related to immigrants.

Meanwhile, the Trump administration publicly clashed with states like New York after it allowed undocumented immigrants to get drivers’ licenses.