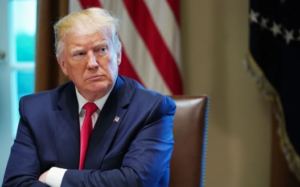 United States President Donald Trump’s administration has unveiled a new rule that could deny visas and permanent residency to hundreds of thousands of people who fail to meet income standards or receive food stamps, Medicaid and other public welfare.

The White House said on Monday that migrants will be blocked from entering the country if they are likely to need public assistance and those already in the US will not be able to obtain green cards or citizenship.

“Through the public charge rule, President Trump’s administration is reinforcing the ideals of self-sufficiency and personal responsibility, ensuring that immigrants are able to support themselves and become successful here in America,” said Ken Cuccinelli, acting Director of US Citizenship and Immigration Services.

“The principle driving it is an old American value and that’s self-sufficiency,” Cuccinelli said in a Fox News interview published on Monday.

“It will also have the long-term benefit of protecting taxpayers by ensuring people who are immigrating to this country don’t become public burdens, that they can stand on their own two feet, as immigrants in years past have done,” he added.

The overhaul is part of Trump’s efforts to curb documented and undocumented immigration, an issue he has made a cornerstone of his presidency.

He has pledged to build a wall along the US southern border with Mexico – initially saying Mexico would pay for it – and has pressed for changes to immigration laws. Both efforts have made little progress with legislators.

Cut in migration
This rule change on benefits could be the most drastic of all the Trump administration’s immigration policies, experts have said.

Advocates for immigrants have criticised the plan as an effort to cut immigration without going through Congress to change the law.

Under the new rule, more than half of all family-based green card applicants would be denied, according to the Migration Policy Institute, a research organisation. Some 800,000 green cards were granted in 2016.