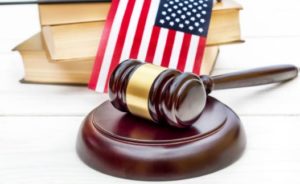 WASHINGTON — Attorney General William Barr has moved forward with a regulation changing the way immigration courts handle appeals, expanding the ability of those courts and the attorney general himself to issue decisions that bind the way all immigration judges must decide cases.

The final version of the regulation, which will be published Tuesday, backs away from several other changes that the department had proposed. Immigration advocates and attorneys raised concerns that those changes would give the appellate body too much discretion over precedent.

Barr’s first major regulatory change to the immigration courts continues efforts started by his predecessor, former Attorney General Jeff Sessions, to tighten the ways immigrants can pursue a right to stay in the country. As first reported by The Chronicle, the regulation was originally proposed during the George W. Bush administration and was revived under President Trump.

The version set for publication drops some of the more controversial provisions of the original proposal but expands the ability of the appellate body, the Board of Immigration Appeals, to issue binding decisions about immigration law.

A senior Justice Department official who briefed reporters on condition of anonymity Monday called the regulation a “cleanup rule more than anything else.” But, the official said, the administration believes the changes are important to make the courts “as efficient or as effective through the process as possible.”

The immigration courts are separate from the federal judiciary and exist entirely under the control of the Justice Department and attorney general. The lower courts hear immigrants’ arguments as to why they should be allowed to stay in the U.S. and decide whether they should be deported.

Appeals of those decisions are reviewed by the Board of Immigration Appeals. Under current law, those decisions remain unpublished, and thus not binding on the entire system, unless a majority of all 21 members of the board votes to publish them. According to the Justice Department, the board publishes an average of fewer than 30 decisions a year.