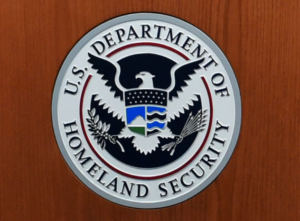 Under the Trump administration, applying for Medicaid or the Supplemental Nutrition Assistance Program could affect an immigrant’s eligibility for a green card.

But the Biden Administration’s decision last week to finalize a rule that undoes Trump’s policy is welcome news for advocates, who say such restrictions were harmful to immigrants going through the immigration process.

“Programs like SNAP, WIC, the Child Tax Credit, Section 8 Housing and other non-cash federal programs and also any similar programs at a local or state level will never affect a person’s immigration status,” Cadena said. “The important thing here is that immigrant communities who need to use these services can do so without fear of affecting their immigration status.”

The newly finalized rule largely resembles the policy in place before the Trump administration. The concept has been around since the late 1880s and is used to determine if a noncitizen could become a “public charge” or likely dependent on government assistance. If so, then the person could be denied a green card, or lawful permanent residence.

Despite the Biden’s administration decision to undo Trump’s policy, some organizations are still concerned. The Migration Policy Institute said recent interviews conducted by its researchers revealed that some individuals are still confused or afraid of accessing benefits and social services for fear of hurting their immigration status.

The Department of Homeland Security has said it noticed a decline in enrollment in certain programs by U.S. citizen children after Trump’s policy took effect even though they weren’t subject to that policy.

“What’s really important is that DHS is not going to look at only the use of those services — those particular two programs (long-term institutional care or cash assistance) — but they’re going to ensure that they look at the totality of the person and ensure that they look at the person’s age, education, health, income and if they have enough to be able to support.”