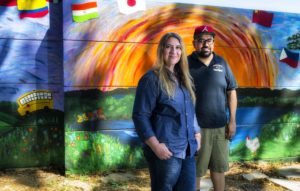 A new report shows nearly three times as many undocumented immigrants were detained in Hall County in the first 100 days of President Donald Trump’s administration compared to the same period in 2016.

Immigration and Customs Enforcement issued 179 detainers in Hall County between Jan. 20 and May 4, 2017, compared to 64 issued in that time frame in 2016. A detainer is a request to a local law enforcement agency to hold someone for an additional 48 hours so ICE can take custody of the person.

The data came through Freedom of Information Act requests by the Migration Policy Institute, an immigration-focused think tank that released a report May 8 on enforcement in the Trump administration. The group studied Hall, Gwinnett, DeKalb and Fulton counties along with 11 other sites across California, Illinois, New York, Tennessee, Texas and Virginia.

“The policies that are being set at the state level and the county level, such as 287(g), are really affecting the likelihood that any given unauthorized immigrant person will be arrested and will be put into removal proceedings,” Migration Policy Institute senior policy analyst Julia Gelatt said.

“In Georgia, one of the key factors is that anybody who is arrested for driving without a license … has to be arrested and fingerprinted, which means that their fingerprints are then checked against immigration databases and then they are likely to be put into removal proceedings.”

Both Hall and Gwinnett participate in the 287(g) program, a partnership between local and federal agencies to identify undocumented immigrants for possible removal.

‘Unlawfully present’
Hall County Sheriff’s Office Capt. Jeff Shoemaker said the average stay in the Hall County Jail is five days or less when there is an immigration detainer in place and the local charges are resolved.

“Unless there is some sort of past history that the federal officials are aware of, maybe illegal re-entry or something like that, they may flag them. But, typically, no,” Shoemaker said.

Shoemaker said there have no staffing changes, added resources or schedule adjustments as a result of the increased detainers.