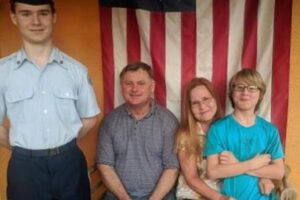 The U.S. Citizenship and Immigration Services (USCIS) office has issued a new written guidance expanding the eligibility for citizenship of former U.S. armed forces veterans facing deportation, as well as hundreds who were already removed from the country.

The three-page ‘policy alert’ memo, dated November 12, is part of an initiative “to remove barriers to naturalization,” and comes in response to the case of a former U.S. Marine in central Florida, Paul Canton, who enlisted in 1991 hoping to become a U.S. citizen.

After almost 30 years in the United States, he learned he was undocumented and faced deportation.

“It’s been hell,” he told Univision by telephone on Wednesday as he was still coming to terms with the news. “It’s hard to get my head around it. Is it real or not?” he added.

It also came as a complete surprise to his pro-bono lawyer, Elizabeth Ricci in Tallahassee, who has been fighting the case for three years.

“I couldn’t believe it”

” I nearly fell off my chair when I read it this morning. I had to look at the words several times. I couldn’t believe it,” she said. “I’m sure there are other people in this situation who may now be able to get naturalized. I’m so happy for these people,” she added.

Ricci, who is a member of the Military Assistance Program at the American Immigration Lawyers Association (AILA), said it is estimated that the new expanded guidance could assist an estimated 300 foreign born veterans who were deported due to their immigration status, usually after committing some form of legal offense.

Born in New Zealand, Canton, now 50, enlisted in the U.S. Marine Corps in 1991 during the Persian Gulf conflict and figured he would automatically become a US. citizen.