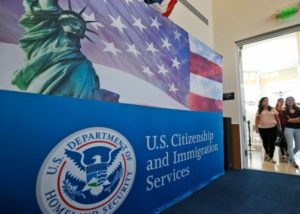 Will “Pay more for less service” be the Trump administration’s new marketing slogan for businesses dealing with U.S. Citizenship and Immigration Services (USCIS)? The administration plans to raise fees more than 50% for many business applications, while workers will need to pay more to become citizens or gain permanent residence.

On November 14, 2019, the Department of Homeland Security (DHS) published a proposed rule that would increase fees across key business immigration categories, in essence, levying a tax increase on employers that access the global market for labor. The fee increases come at a time when U.S. job openings in 2019 outnumbered the unemployed by “the widest gap ever,” which, along with a large body of economic research, undermines the argument that immigrants prevent natives from finding jobs.

The fee increases are unlikely to reduce processing times at the agency because USCIS states in the rule that it will not change the policies that have created the longer delays. Lack of money does not seem to be the problem: The average USCIS case processing time increased by 91% between FY 2014 and FY 2018, at the same time the agency’s budget rose by 30%, according to USCIS data, notes the American Immigration Lawyers Association (AILA). Processing times became longer at the agency even when the number of new cases dropped by over one million between FY 2017 and FY 2018.

* The USCIS director requiring adjudicators to no longer defer to prior adjudications when evaluating extension of status applications, which has led to a larger workload and compelled many experienced employees of tech companies to leave the United States.

* The administration employing terms such as “heightened screening and vetting” of applications to justify resource-intensive checks without analysis as to their benefit.