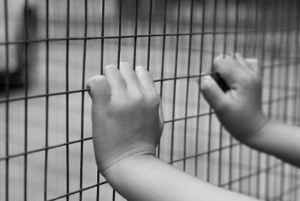 The Trump administration announced Wednesday a new regulation that would allow indefinite detention for migrant children and families who enter the U.S. illegally.

The acting secretary of Homeland Security, Kevin McAleenan, said that under this new rule, “All children in the government’s care will be universally treated with dignity, respect, and special concern in concert with American values.”

“I think the best predictor of future performance is past performance, and this government has not demonstrated that they can treat any of these people with dignity or compassion,” Joshi said.

The decision would end the Flores Settlement, which limits children’s detainment to 20 days.

Homeland security officials have said that limiting detentions of migrant families has driven the surge of Central American migrants to the U.S./Mexico border.

However, Joshi said that U.S. policy on immigration detention doesn’t have that kind of impact.

“I don’t think that our policies around detention — I don’t believe it impacts migration patterns,” Joshi said.

Joshi said it’s more the lack of protection for Central American citizens by their own governments, as well as instability in the region, that has driven the exodus.

The decision follows last week’s ruling to limit legal immigrants’ rights to benefits such as food stamps and Medicaid if they want to become U.S. citizens.