Home Politics, Resources More Than a Million Could Die Waiting for Green Cards as U.S. Immigration Buckles Amid COVID 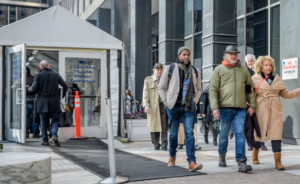 WASHINGTON — Milap Kashipara spent 16 years waiting for a green card that he hoped would lead to better opportunities for his three children than in India, as well as a chance to reunite with his siblings in California.

In 2019, his petition finally arrived at the front of the line. He completed the paperwork and had reached the final step — scheduling an interview with the U.S. Consulate in Mumbai. Processing estimates at the time showed his family could be approved by April 2020.

Then came COVID-19. Kashipara was 47 and healthy when he became infected. He died alone in a hospital 15 days later, on May 1, 2021, before the interview took place.

“His family needs support badly now and deserves a chance” to immigrate, his sister Ami Bhanvadia wrote in a letter to the Department of Homeland Security shortly after his death. “Families like my brother’s have faced worst outcome of COVID and are victimized due to no fault of their own and are losing immigration benefit after lawfully waiting many years.”

Immense backlogs are grinding U.S. immigration processes to a crawl. Unprecedented delays processing millions of visas, work permits, green cards and naturalization petitions, as well as cases languishing in immigration courts are so severe that experts say they can’t be resolved without significant reforms.

It has been more than three decades since Congress approved a major overhaul to the U.S. immigration system, which involves a patchwork of pathways spread across multiple federal agencies depending on factors including a person’s country of origin, family ties and profession. The Trump administration implemented time-consuming changes — longer application forms, requests for additional evidence, more scrutiny for renewals — that extended existing backlogs to unmanageable levels at every step.

The system all but buckled under pandemic closures.

People arrive before the start of a naturalization ceremony at the U.S. Citizenship and Immigration Services Office.