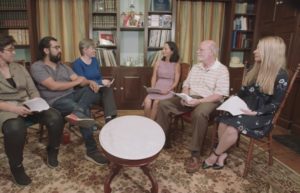 (CNN) – More immigration judges will begin conducting hearings over video conferencing at tent courts along the US-Mexico border, raising concerns among lawyers about transparency in the immigration process.

Earlier this year, the Trump administration erected facilities in Laredo and Brownsville, Texas, to serve as makeshift courts for migrants seeking asylum in the United States who have been returned to Mexico until their court date. The judges in these cases are not at the tent facility but preside by teleconference from other immigration courts several miles away.

As of mid-September, there were 19 judges from three separate immigration courts in Texas hearing cases. But the latest expansion includes the use of immigration judges assigned to a center in Fort Worth, Texas, that is closed to the public, leaving little opportunity for people to observe hearings.

“I’m just very concerned that there will be no public access to these hearings. And hearings will be operating in secret, without any transparency and notice to the public,” said Laura Lynch, senior policy counsel at the American Immigration Lawyers Association.

US court proceedings are generally open to the public.

Adjudication centers serve as a hub for immigration judges who beam into courtrooms remotely to hear cases. There are two — one in Fort Worth and another in Falls Church, Virginia. Neither is open to the public.

Immigration judges assigned to the Fort Worth Immigration Adjudication Center are expected to begin hearing cases of migrants who fall under the administration’s “Migrant Protection Protocols” program via video teleconference in January 2020, according to the Justice Department’s Executive Office for Immigration Review, which oversees the nation’s immigration courts.

“Public access to hearings is governed by regulation, and EOIR’s process and policies surrounding the openness of hearings have not changed,” said EOIR spokeswoman Kathryn Mattingly.

Lynch said some attorneys representing migrants who have been waiting in Mexico for their court date began receiving notices of judges from the Fort Worth center assigned to their cases in late November. The immigration judges’ union has also taken issue with the use of the center.