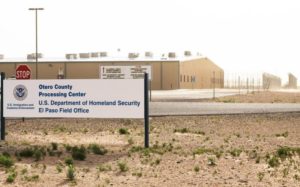 Another group of Indian asylum seekers held at an immigrant detention center in El Paso say they’re willing to carry on with a hunger strike even if it leads to their deaths. The four men are seeking to be granted bonds so that they can be free while appealing their deportation orders.

“If I go back to India, I will be tortured and killed. I can die here,” Kumar Ajay, 33, told Texas Monthly.

Another man, who asked not to be identified because he doesn’t his family to know what he’s doing, said he was desperate to get out of detention. “I want to go outside. I want to watch freedom,” he said.

It’s the second time this year that Indian men have undertaken hunger strikes at the El Paso Processing Center, an Immigrant and Customs Enforcement facility. In both instances, the men began their hunger strikes at the Otero County Processing Center, a New Mexico detention facility run by MTC, a for-profit company, and then were transferred to El Paso, where they resumed their protest. In the case of the new group of hunger strikers, they had been at the Otero facility for more than a year, before they were transferred to El Paso on Wednesday night. They last ate on July 8.

ICE spokeswoman Leticia Zamarripa confirmed the hunger strike but said she couldn’t identify the men because of privacy concerns. She said ICE “fully respects the rights of all people to voice their opinion without interference. ICE does not retaliate in any way against hunger strikers.”

Otero was the site of 93 hunger strikes in 2018, according to an inspection report.