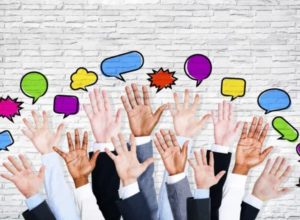 WalletHub said it used 23 metrics to compare the 50 states and the District of Columbia.

This included median household income of foreign-born population to jobs generated by immigrant-owned businesses as a share of total jobs.

It noted there is a debate about border security and a wall proposed by President Donald Trump, which may receive $7.2 billion in Pentagon funds.

“This proposition has divided lawmakers,” WalletHub’s experts noted. “But political differences aside, there’s no question that immigration as a whole affects the economy.”

Montana ranked 44th for the percentage of jobs generated by immigrant-owned businesses out of total jobs, 27th for net difference between state and local revenues and expenditures per Immigrant and 28th for median household income of foreign-born population.

The state also ranked 34th for the percentage of Fortune 500 companies founded by immigrants or their children and 43rd for economic contribution of international students per capita.

New York ranked first in terms of impact by immigrants and Mississippi was 51st, the survey found.

California was second, followed by New Jersey, Massachusetts and Maryland.

The council noted that in 2016, 44,815 people in Montana (4.4 percent of the state’s population) were native-born Americans who had at least one immigrant parent.

The council’s study found that in 2014, fewer than 5,000 undocumented immigrants comprised 14 percent of the immigrant population or a fraction of the total state population at 0.3 percent.