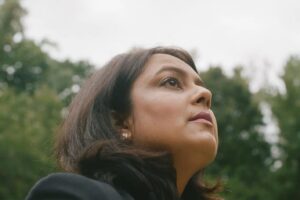 Neha Mahajan was a television journalist in India before her husband’s job moved her family to the United States in 2008. She spent years locked out of the labor market, confined by what she calls the “gilded cage” of her immigration status — one that the pandemic placed her back into.

Ms. Mahajan started working after an Obama administration rule change in 2015 allowed people on spousal visas to hold jobs, and she took a new job in business development at an immigration law firm early in 2021. But processing delays tied to the pandemic caused her work authorization to expire in July, forcing her to take leave.

“It just gets to you emotionally and drains you out,” said Ms. Mahajan, 39, who lives in Scotch Plains, N.J.

Last week brought reprieve, if only temporarily. She received approval documents for her renewed work authorization, enabling her to return to the labor force. But a process that should have taken three months stretched to 10, leaving her sidelined all summer. And because her visa is linked to her husband’s, she will need to reapply for authorization again in December when his visa comes up for renewal.

Hundreds of thousands of foreign workers have gone missing from the labor market as the global coronavirus pandemic drags on, leaving holes in white-collar professions like the one Ms. Mahajan works in and in more service-oriented jobs in beach towns and at ski resorts. Newcomers and applicants for temporary visas were initially limited by policy changes under former President Donald J. Trump, who used a series of executive actions to slow many types of legal immigration. Then pandemic-era travel restrictions and bureaucratic backlogs caused immigration to drop precipitously, threatening a long-term loss of talent and economic potential.

Some of those missing would-be employees will probably come and work as travel restrictions lift and as visa processing backlogs clear, as Ms. Mahajan’s example suggests.