Home Resources Millions of Afghans in Limbo as U.S. Immigration Responds to Ukraine in Record Time 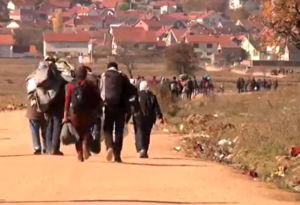 SACRAMENTO, Calif. — In a Del Paso Heights home, Afghanistan isn’t a forgotten headline or a country in a crisis a world away; it’s a constant presence.

“Like these video(s), every day he sends,” said Sara as she brought up her phone. “This is their house… those are the Taliban.”

The video shot from a window a story or two above a building entrance shows members of the Taliban standing with guns.

It’s a familiar sight for Sara. She gets these types of videos every day from her brother as the Taliban searches for him.

He, as well as Sara’s mother, sister-in-law and niece are all in hiding in Afghanistan because her brother spent the last 10 years working for U.S. troops as a driver and translator.

“Three, four times they (the Taliban) tried to kill my brother,” Sara said.

Out of concern of retaliation, she asked us to hide her identity. ABC10 has given her the pseudonym name, Sara.

Sara was born and raised in Afghanistan and graduated from high school when women were allowed to gain an education during the U.S. occupation.

In 2017, Sara and her husband immigrated from Afghanistan to Sacramento by way of a Special Immigrant Visa (SIV) due to her husband’s work with U.S. Forces. She assumed the same would happen for the rest of her family as her father and brother also worked with the U.S., but tragedy struck.

“My father worked in the Ministry of Finance in Afghanistan,” said Sara. “The Taliban killed him in 2018.”

Graphic images Sara provided to ABC10 showed the aftermath of her father killed on his way to work. He appears to have been stabbed to death with his body left on the side of the road.

Sara is scared the same thing that happened to her father will happen to the rest of her family who are still there.