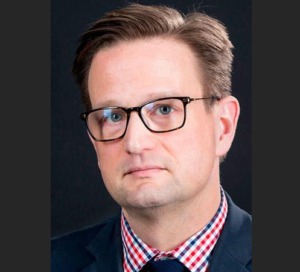 Florida Gov. Ron DeSantis’ decision to airlift 48 migrants from San Antonio to the island resort of Martha’s Vineyard, Massachusetts, was depthless in its cruelty and cynicism, evoking the worst of America’s nativist and segregationist history.

But if there was one benefit to this singular act of exploitation for shameless political gain, it’s that it has refocused broader public attention on our national failure to address immigration reform during a campaign season in which it is an animating issue for Republicans.

And with control of Congress, and governor’s mansions across the country on the ballot on Nov. 8, DeSantis’ cruelty also should underline the stakes of a Republican takeover for voters whom data show favor a welcoming immigration policy, but who do not necessarily put reform at the top of their priorities list.

And as the past week has shown, the need is both urgent and real.

“We need solutions, not theater,” Rep. Henry Cuellar, a Texas Democrat, told CBS’s “Face the Nation,’” last week as news of DeSantis’ stunt roiled the headlines. “The migrants are human beings, and we’ve got to treat them like human beings. They are being used as political pawns to get publicity.”

As the Los Angeles Times’ editorial board recently pointed out, there is real trouble at the nation’s southern border. Apprehensions by the U.S. Border Patrol rose by more than 22% between July and August.

Thus, a lack of enforcement is not the issue — a lack of political will, exacerbated by posturing, is driving this humanitarian crisis.

And while there has been some tinkering around the edges since then, substantive reform has remained stubbornly elusive, with the increased polarization of Capitol Hill becoming the primary stumbling block to reform.