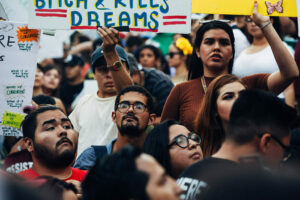 Earlier this month, the State Department finished taking applications for what’s called the “Diversity Visa Lottery” as required by law, a program through which every year 50,000 immigrants are randomly selected from all over the world. The lottery is likely to stick around since Donald Trump’s successor, President-elect Joe Biden, has pledged to maintain it. But keeping the lottery as currently designed isn’t in the best interest of Americans or legal immigrants. Biden could fix this by pursuing merit-based reforms.

To qualify for the Diversity Visa Lottery, applicants must be from an “underrepresented” country and they must have at least a high school diploma or two years of work experience. The lottery also sets a cap on visas per region. After the visas are randomly assigned, prospective applicants go through background checks and an interview before they are approved.

Those who immigrate under the Diversity Visa Lottery program are not more of a national security threat than any other legal immigrant nor are they a negative drag on the U.S. economy. In fact, studies have shown that birthplace diversity results in greater economic output after controlling for educational, cultural, and linguistic differences.

Immigrant diversity is a part of what makes America what it is today. It’s why you can find amazing Ethiopian restaurants in Indianapolis or Thai food in Lexington. That, however, doesn’t justify randomly selecting people based on their country of origin. This selection process doesn’t maximize the economic benefits of immigration and it diminishes the idea that America treats everyone equally under the law.

A sensible proposal that a future Biden administration should consider is to turn the Diversity Visa Lottery into a merit-based program. Such a system would assign points to applicants based on their education, job experience, English-speaking ability, and age. It would be similar to the very successful merit-based immigration programs that Canada and Australia currently use.