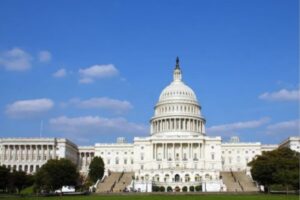 Democrats have been trying to get legal status for illegal immigrants into the reconciliation bill.

Sen. Bob Menendez, D-N.J., on Wednesday outlined Democrats’ “Plan C” push to include mass amnesty for millions of illegal immigrants in the budget reconciliation bill after prior attempts were rebuffed by the Senate parliamentarian.

Democrats have been trying to include some form of legal status for illegal immigrants in their budget reconciliation bill, which uses the process to avoid a Senate filibuster and pass the legislation with just 50 votes in favor. It could therefore be passed without a single Republican vote.

However, initial attempts to grant a pathway to citizenship for a number of groups of illegal immigrants were shot down by Senate Parliamentarian Elizabeth MacDonough, who said the push involves a “tremendous and enduring policy change that dwarfs its budgetary impact” and is thus inappropriate for a reconciliation bill.

A second effort, involving updating an immigration registry, was also shut down by MacDonough.

On Wednesday, Menendez confirmed to Axios that Democrats are trying again.

This time, they would seek expanded parole powers, which currently are to be used on a case-by-case basis for “urgent humanitarian reasons or significant public benefit” to grant legal status, including work permits, to an estimated 8 million illegal immigrants for up to 10 years.

“We haven’t finalized it yet as we speak, but ‘Plan C’ would probably be a parole option that would give about 8 million of the 11 million undocumented immigrants who meet certain requirements the ability to work lawfully, to have a status that would last five years and would be renewable for another five years, that would protect them from deportation, that would allow them to travel domestically and internationally … that could also potentially gain access to healthcare coverage,” he said.