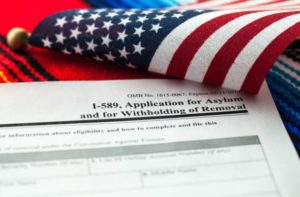 (CNN) – When 64-year-old Kamyar Samimi died in ICE custody, the agency issued a routine press release saying the preliminary cause of his death was cardiac arrest. It boasted about the nearly $200 million it had been spending annually on health care services for detainees, saying that “comprehensive medical care is provided from the moment detainees arrive and throughout the entirety of their stay.”

What the press release didn’t say was that Samimi’s death followed a series of lapses in his medical care — the sort of breakdowns that have been repeatedly identified in government investigations into the care provided at immigrant detention centers in recent years.

Samimi, an Iranian man who was being held by ICE in Aurora, Colorado, had been complaining of vomiting and pain for weeks leading up to his death in 2017, according to ICE’s investigation into his treatment. He had told medical staff upon his arrival that he had been taking methadone, a painkiller commonly used to treat opioid addiction, since hurting his back in a car accident. He said he was starting to feel symptoms of withdrawal, yet nurses told investigators they didn’t have training in opioid withdrawal.

ICE’s report, which involved an outside analysis of his treatment and like other death reviews did not directly connect the medical failures to the death, also found that the facility had been without a director of nursing and another medical provider for more than six months. Around a week before Samimi died, he was found unconscious on the floor of his cell but wasn’t sent to the hospital. And on the day he died, a nurse tried calling the doctor multiple times for help after the inmate appeared to have suffered a seizure, but the doctor didn’t answer or return any of those calls.

Investigations into deaths including Samimi’s, as well as critical government audits, have raised troubling questions about the quality of medical care at facilities used to hold immigrants. One of the main private contractors providing health care in these facilities, which employed the doctor in the detention center where Samimi was held, is a massive company known as Wellpath, formerly Correct Care Solutions.