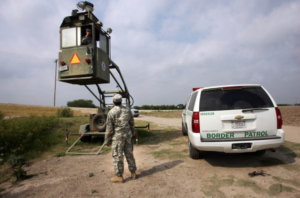 In July, Gerson Fuentes, an illegal immigrant from Guatemala, was charged with raping a 10-year-old girl. The crime became a national news story, not because of Fuentes’s immigration status but because the girl traveled from Ohio to Indiana for an abortion in the wake of the Dobbs v. Jackson Women’s Health Organization decision.

Earlier that month, two illegal immigrants in possession of rifles, handguns, and ample ammunition were arrested for plotting a mass shooting at a July 4 fireworks show in Richmond, Virginia.

In June, two illegal immigrants were arrested in Texas, along with two U.S. citizens, in connection with the deaths of 53 illegal immigrants from Mexico and Central America. The victims had been left in the sweltering heat, locked in a semitrailer without air conditioning.

These are just a few of the thousands of preventable crimes made easier by President Joe Biden’s abandonment of border enforcement.

In law, there is something called the “but for” test. But for the accused person’s action, would the bad thing have happened? Let’s apply this test to the actions of Homeland Security Secretary Alejandro Mayorkas.

In September 2021, Mayorkas issued a memo charting a new course in immigration law enforcement. The Department of Homeland Security would no longer expend resources “seeking to remove those who do not pose a threat,” he declared. “The fact an individual is a removable noncitizen will not alone be the basis of an enforcement action against them.” Arrests and deportation actions would focus on “noncitizens who are a threat to our national security, public safety, and border security.”

Where has that gotten us?

Today, more than 200,000 people are apprehended monthly on the border, many of whom are still allowed into the country. Since Biden took office, it’s estimated that in addition to those caught and released, more than 900,000 “got-aways” entered the United States evading any kind of security review altogether.