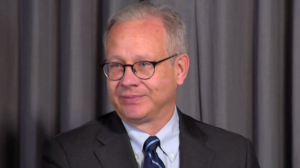 Briley said Metro employees are not to work with ICE agents to identify illegal immigrants unless it’s absolutely necessary.

The order came after a series of News4 Investigates reports last week when probation officers were found working with ICE agents.

Briley immediately came out saying it needed to stop.

On Tuesday he said he’s taking it a step further by signing the executive order.

A discovery that prompted the executive order saying Metro employees must inform a department head any time they’re contacted by ICE.

Departments now have to release annual reports detailing their interactions with ICE agents and Metro Police can’t ask people about their nationalities when issuing citations.

“We will have the support of every single department one way or the other,” said Briley.

Briley and several Council members are also calling for an investigation into the probation department. They want to know just how far officers went to help ICE.

News4 found they were giving out addresses and even set up one man so ICE agents could arrest and deport him.

“We need to know for the safety of all our citizens. We need to know,” said Sabina Mohyuddin with the American Muslim Advisory Council.

Those wanting to expose illegal immigration are fighting back, describing the call for the investigation as illegal.

“I do believe the city is overstepping its legal and moral grounds both in calling for this investigation and we would ask that they cease to do so,” said radio host Ralph Bristol.

“As a general rule, we like it when those various law enforcement agencies cooperate with each other in their attempts to lawfully enforce the law that is on the books,” said Bristol.