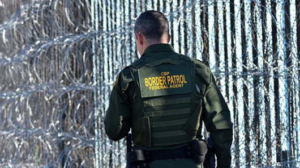 A routine press release from the Border Patrol caught my eye because of its detailed tally of the countries of origin of two groups totaling 224 individuals apprehended this month in Imperial Beach. The list read like the United Nations.

Yes, there were Mexicans, as everyone assumes, but the majority were from Brazil. Also in the mix were immigrants from Sierra Leon, Peru, Nigeria, Nicaragua, Haiti, Gambia, India, Cuba, Romania and Nepal.

They crossed the border through drainage tubes, with smugglers using blowtorches to cut bars inside the tubes.

These groups caused a minor problem for the Border Patrol because most of the migrants didn’t speak Spanish.

Americans, especially those who regularly watch Fox News, can be forgiven for thinking we have a problem with immigration from Mexico. It’s a narrative that has unfortunately become as American as hamburgers, French fries and pizza.

Brazil? That country’s authoritarian president is already warning that the upcoming election may be rigged against him. And he speaks glowingly of the days when that country was ruled by a military junta. So it makes sense that smart Brazilians would want to leave.

Romania? It’s near Ukraine and might be Vladimir Putin’s next target in creating a new imperial Mother Russia. Unless you like one-man rule, you might want to leave now.

Nepal? In the 1960s counter-culture Americans flocked there to seek the enlightenment of the gurus. Maybe now an economic future outweighs inner peace.

The truth is, people from all over the globe are risking all to come to the United States.

This is generally considered a problem. Many Americans don’t appreciate an influx of people bringing other cultures that some worry will undermine our society.