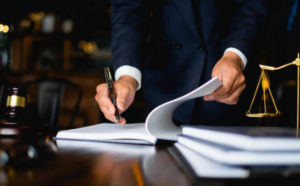 Federal Judge Patti B. Saris, who is reviewing a class-action lawsuit challenging how immigration judges conduct bond hearings, raised concerns that the government would not heed her ruling — as it has ignored her previous decisions.

“I have to say I have some concern that, as far as I can tell, the immigration judges are simply ignoring the case law, not just in this court, but in the rest of the country,” Saris said, noting that she has made previous rulings that pertained to immigration judges.

Saris planned to rule on whether to certify a class for the lawsuit — in this case, people who attorneys say didn’t or might not receive due process in immigration bond hearings — but first asked the parties to file motions that could help move this case up to the First Circuit Court of Appeals. She said that strategy would ensure that this case would join other, similar cases that are currently moving through the First Circuit.

“I’m worried that the court is just being ignored, not just me but other judges,” she said. “That is my concern, which is why I want to move it along quickly.”

The Monday hearing focused on a class-action lawsuit filed by the American Civil Liberties Union of Massachusetts on behalf of three immigrants in New England who attorneys say were denied due process by immigration judges despite having little to no criminal record, family ties and several years living in the United States. One of the plaintiffs is a Brockton father of three whose wife is a U.S. citizen.

Daniel McFadden, an attorney for the American Civil Liberties Union of Massachusetts, said multiple district courts across the country and the Ninth Circuit Court of Appeals have ruled that the government, not the defendant, has the burden of proof in determining whether someone should or shouldn’t be detained.