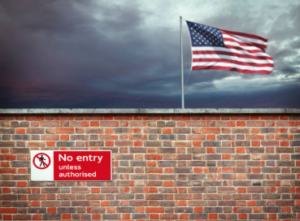 MANATEE COUNTY — The panelists at a Manatee Tiger Bay forum on Thursday talked about immigration, legal and illegal, from varying perspectives. Yet they shared common ground on at least one point: The United States’ laws and procedures for accepting or not accepting newcomers crossing its borders need to be fair and followed.

Fairness, however, is in the eye of the beholder.

Lee Carter of the Floridians for E-verify Now Project called illegal immigration “the most important issue facing our time.”

E-verify is an online service of the federal government that compares information entered by an employer with records available to the U.S. Department of Homeland Security and the Social Security Administration to confirm employment eligibility. The organization Carter represents wants an amendment in Florida’s constitution to require all employers to use E-verify. The Florida Chamber of Commerce opposed the measure, which the state Constitution Revision Commission refused to put on the ballot last year.

Those who enter the country illegally and those who employ them disrespect the law, Carter said. He blamed Democrats, dating back to the Kennedy administration’s support for what became the 1965 Immigration Reform Act, for generating “a wave of immigration from the Third World.”

He urged Floridians to write to Gov. Ron DeSantis and urge him to support the required use of E-verify.

“I think the whole system is broken,” Dennis Maley, editor of The Bradenton Times website, said. He believes “the fringes of both parties” are avoiding facts and data pertaining to immigration.

The history of America is that of immigrants coming in as “cheap, unskilled” labor and eventually being replaced in those jobs “by other immigrants,” Maley said. “That’s always been the case,” as it was with his Irish ancestors, he added. “Look at what immigrants bring to the economy,” which “tends to be positive.”