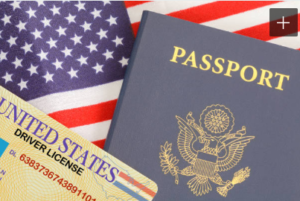 BOSTON — Supporters of a bill that would make driver’s licenses available to undocumented immigrants packed the State House’s largest hearing room Wednesday to renew the push for a policy that has come up short in previous sessions and would need to be passed with enough support to survive a likely veto by Gov. Charlie Baker.

The legislation (H 3012/S 2061) filed by Reps. Tricia Farley-Bouvier of Pittsfield and Christine Barber of Somerville, and Sen. Brendan Crighton of Lynn, would permit all qualified residents, regardless of immigration status, to apply for and receive a standard state license under the state’s now-two-tiered system.

Fourteen states, including Connecticut and Vermont, have laws in place allowing all residents to acquire some type of license or permit regardless of immigration status, according to supporters. The Massachusetts legislation would not affect federal Real ID-compliant licenses, which require proof of citizenship or lawful residence as well as a Social Security number.

The issue has not previously gained traction on Beacon Hill, but progressive lawmakers this session have enthusiastically resurrected the push while immigration policy has bubbled back to the surface as a divisive and contentious issue at the federal level. Farley-Bouvier said Wednesday that she and the other sponsors are hoping to separate driving policy and immigration policy.

“We all know here that the Massachusetts Legislature does not have control over the very broken immigration system we have in this country. If the Massachusetts Legislature did have control of it, we would have fixed it years ago,” she said at the hearing before the Transportation Committee on Wednesday morning. “What we know is what we can control and that is the laws of the commonwealth, and driver’s licenses are the purview of the commonwealth. … This is pretty basic, don’t you think that every driver should have a vision test before they get behind the wheel of a car?”

By Colin A. Young for WCVB.COM
Read Full Article HERE