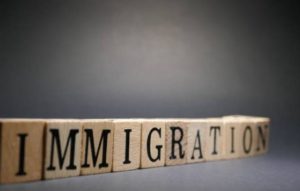 There are abundant social issues occurring in society today; however, one of the major issues is immigration. Since there is a profuse amount of people who with to obtain a better life in the U.S., the Congress is unable to decide how to manage them. With the decision undecided, the situation became even more problematic over the decades.

The management of immigration is showing unfavorable results that can be related to Stephen Miller’s views. According to Editorial, America is not the bigoted fortress of Miller’s vision; it claims that Miller is a senior adviser for the president of the U.S. and is said to be a white supremacist and obsessed of reducing immigrants, which influenced the backlog in U.S. Immigration Courts.

Reportedly, Miller was behind the decision to separate immigrant children from their parents at the border and is determined to legislate a rule that would disprove everlasting resident status to illegal immigrants who acquired any public aid. In addition, immigration courts have been poorly funded for decades and both Congress and our presidents are to blame for spending more on increasing the enforcement of immigration than on the courts, which fed the backlog.

Miller’s influence is a grave situation, but President Trump’s declaration made this social issue even more terrible.

Trump’s declaration to deport illegal immigrants won’t be only for the ones who commit crimes anymore; now it is for every immigrant staying in the U.S. illegally. This brought the separation of families and spending scarce resources that should be for deporting immoral people.

The management of immigration has been handled poorly. The influence of Miller and Trump’s declaration has produced devastating results and should be handled with better care for the immigrants.

Families come to this new land seeking the “American Dream.”

These people do not care about leaving everything behind and starting from zero as long as they accomplish this new main goal they have in mind.

Different families from all over the world migrate to the United States in order to give their families a better life and a better future here rather than their hometowns.

To many individuals, the American Dream is an ideal based on the belief of treating everyone as equals and for everyone to succeed equally in this nation.