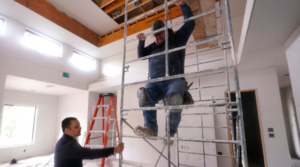 Just 10 miles from the Rio Grande, Mike Helle’s farm is so short of immigrant workers that he’s replaced 450 acres of labor-intensive leafy greens with crops that can be harvested by machinery.

In Houston, Al Flores increased the price of his BBQ restaurant’s brisket plate because the cost of the cut doubled due to meatpacking plants’ inability to fully staff immigrant-heavy production lines. In the Dallas area, Joshua Correa raised prices on the homes his company builds by $150,000 to cover increased costs stemming partly from a lack of immigrant labor.

After immigration to the United States tapered off during the Trump administration — then ground to a near complete halt for 18 months during the coronavirus pandemic — the country is waking up to a labor shortage partly fueled by that slowdown.

The U.S. has, by some estimates, 2 million fewer immigrants than it would have if the pace had stayed the same, helping power a desperate scramble for workers in many sectors, from meatpacking to homebuilding, that is also contributing to supply shortages and price increases.

“These 2 million missing immigrants are part of the reason we have a labor shortage,” said Giovanni Peri, an economist at the University of California at Davis, who calculated the shortfall. “In the short run, we are going to adjust to these shortages in the labor market through an increase in wages and in prices.”

The labor issues are among several contributors to the highest inflation in 40 years in the United States — from supply chains mangled by the pandemic to a surge in energy and commodity prices following Russia’s invasion of Ukraine.

Steve Camarota, a researcher at the Center for Immigration Studies, which advocates for less immigration, believes a spike in illegal immigration under President Joe Biden will make up whatever shortfall lingers from the pandemic. He also contends wage increases in low-paying sectors like agriculture are minor contributors to inflation.