Home Economics Legal Work-Related Immigration Has Fallen by a Third Since 2020, Contributing to US Labor Shortages 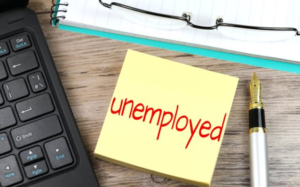 (THE CONVERSATION) With Americans having fewer children and the nation’s labor force getting older, many employers in manufacturing, aviation and other industries are having trouble finding enough workers.

The gap between the demand for labor and its supply was already forming in 2017. By 2018, the U.S. economy had increasingly more job openings than unemployed workers. That gap has widened during the COVID-19 pandemic as more people have died, retired early or simply dropped out of the job market.

By July 2022, as the pandemic’s effects on the workplace were easing, the U.S. had 11.2 million job openings but only 5.7 million unemployed workers who might fill them.

I’m a scholar of immigration and economics who researches a trend that’s driving labor shortages: declining numbers of immigrants allowed to legally work in the U.S. When I study these numbers, I see an important opportunity to resolve labor shortages that are wreaking economic havoc.

An estimated 45 million people living in the United States, roughly 14% of the population, were born elsewhere. About one in six U.S. workers is an immigrant.

Some of these foreign-born workers are legally employed on a temporary basis with an array of visas that make it possible to obtain jobs that run the gamut from software designers to apple pickers.

In some cases, these employees can obtain legal permanent residency – often called “a green card.” Some temporary work visas last longer than 12 months, so the number of workers with authorization is higher than the number of visas issued in that year. H-1B visas, which require a high level of education for fields like computer programming, last three years and can be renewed for another three.