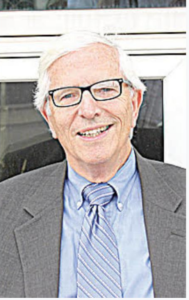 In 1997, Audencio Lopez, a teenager in Guatemala, illegally crossed the border into the U.S., fearing persecution by the government of Guatemala. He soon found a job at a landscaping company where he still works, maintaining school grounds. He applied for asylum seven years ago. The immigration court finally scheduled a hearing in his case this past November. He appeared in court with his wife and three children.

Lopez told the judge about his devout Christianity and Bible studies, his kids’ education at a charter school and dreams of going to college, and his fear of having to move his children to a dangerous place they’ve never been. He is hoping to stay in the U.S. under a law that applies to immigrants who have lived in the country more than a decade and have American children who would suffer if their parents were deported.

After about an hour of questioning, Judge Lincoln Jalelian told Lopez he would take the case under advisement. The government attorney said she doesn’t oppose granting Lopez a visa. However, Lopez is worried because his wife applied for asylum five years ago and has yet to have her immigration court hearing. “It’s a good first step,” Lopez said. He praised God, “but we hope he can show us another miracle.”

The immigration courts now have over one million pending cases like this. The Associated Press visited some of these courts in 11 different cities last fall. They found that hearings are double or triple booked at the same time, leading to numerous cancellations. Immigrants get new court dates, but not for years. Many immigrants don’t know how to fill out forms, get records translated, or present a case. Paper files are often misplaced. Interpreters or attorneys are not available when a case is called. Many immigrants can’t post bail and are held in detention for long periods.