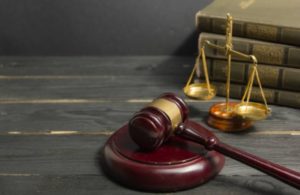 A new legal action has asked a federal judge to place a temporary restraining order on the Trump administration’s April 22, 2020, presidential proclamation designed to prevent many Americans from sponsoring family members for immigration. The legal action builds on an existing lawsuit that has blocked the Trump administration from implementing a presidential proclamation to bar new immigrants without health insurance. The new filing hopes to stop what plaintiffs see as potential harm to families, including children who could “age out” of the immigration process due to the April 22nd proclamation.

“The Presidential Proclamation issued on April 22, 2020, which suspends the entry of many immigrants to the United States, threatens serious harm to immigrant family members whose chance to reunite after many long years of waiting has been suddenly been curtailed,” according to an emergency motion for a temporary restraining order filed on April 25, 2020, by the Justice Action Center (JAC), the American Immigration Lawyers Association (AILA), and Innovation Law Lab, with pro bono counsel Sidley Austin LLP and Latino Network as the organizational plaintiff.

“The changes made by this Presidential Proclamation, without warning, eliminate the urgent and emergency visa adjudication services that had been available to prevent children, ‘in immigration lingo,’ from ‘ag[ing] out,’” according to the plaintiffs.

On November 26, 2019, U.S. District Judge Michael Howard Simon in Oregon granted a motion for a preliminary injunction that halted an October 4, 2019, presidential proclamation that requires immigrants to possess or show they could buy unsubsidized health insurance. (See here.) The Trump administration appealed. The case is moving forward to the Ninth Circuit Court of Appeals. (“The Ninth Circuit denied Defendants’ [the Trump administration’s] Urgent Motion for an Administrative Stay and has not yet decided the Emergency Motion [for a Stay Pending Appeal]. The case is fully briefed on the appeal, but the Ninth Circuit has not scheduled argument on the merits,” according to a filing.)