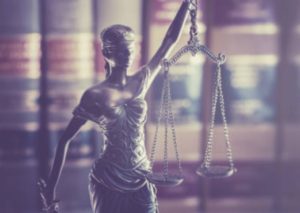 She had no idea the sort of volume she’d be facing just four months later.

“We are going to be challenged in so many new ways under this administration,” she said.

Lepore Taylor warned that New Jersey employers — specifically, those who employ foreign workers — now need to be more informed and prepared than ever.

“More people are going to need to seek out professional advice in this area, and not many will have the deep pockets to pay hourly rates associated with larger law firms,” Lepore Taylor said.

That is why Lepore Taylor partnered in November with her friend and former colleague, Rosanna M. Fox, to create Lepore Taylor Fox in Ridgewood, a boutique law firm dedicated exclusively to the practice of U.S. immigration and nationality law.

“We want to be able to preserve that high-quality service without the high cost and volume,” Fox said.

Lepore Taylor had practiced immigration law for two years at a boutique immigration firm in Philadelphia before working her way up to partner at a large immigration practice in Manhattan.

For more than 13 years, she had primarily represented employers who employed foreign workers.

“I got a lot of experience helping employers design immigration compliance programs and sustain work authorization for a high volume of foreign workers,” she said. “I also sometimes worked with individuals, helping to prepare U.S. citizen applications and with those who had claims to U.S. citizenship based on their parents, grandparents or spouses. And, sometimes, I worked with entrepreneurs who wanted to come and start companies in the U.S.”

Fox started working in immigration law in 2004 as a law clerk at a large boutique immigration firm.

“I got to work with very sophisticated clients and corporations, while at the same time having a direct effect on people’s lives by helping individuals obtain visas to come here and work and pursue their dreams,” she said. “I’m also proud to say that I worked with a number of startups, mostly young people and recent graduates who didn’t have a lot of money, who have grown into truly prominent companies with household names.

“I really liked that combination and decided that is where I wanted to go in my legal career.”

Fox received another clerkship — and eventually also became partner — at the firm where she and Lepore Taylor first met.