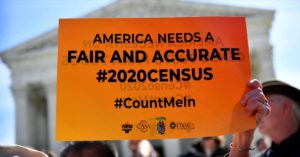 Many Latinos believe a citizenship question will be asked on the 2020 census and are less likely to participate, a national Latino leader told Congress on Thursday.

Arturo Vargas, executive director of the National Association of Latino Elected and Appointed Officials Educational Fund, said the “failed debacle” of the citizenship question has instilled a lasting fear that needs to be remedied.

“They believe there will be a citizenship question on the form despite its absence and many fear how the data will be used,” Vargas said. “This is exacerbated by a hostile environment toward immigrants propagated by this administration.”

Vargas was testifying before the House Committee on Oversight and Reform, which held a hearing on challenges and barriers to getting accurate tallies of hard-to-count communities on the 2020 census.

“When the administration proposed to add the citizenship question without any testing, we knew right away we had a five-alarm fire … like any fire, the damage that has been done takes time to repair,” Yang told the committee.

He said getting immigrants to answer the census is difficult enough, but with the citizenship question “debacle” and “continuing anti-immigrant rhetoric, this task has become formidable.”

According to Vargas, the 2010 census undercounted 1.5 percent of the Latino population, including some 400,000 children under 5 years old.

The 2010 census determined the Latino population to number 50.5 million. It is now believed to be about 60 million people.

There also are concerns of undercounts in rural areas of the country since the census is allowing responses online this year and many rural areas have no access to the internet.