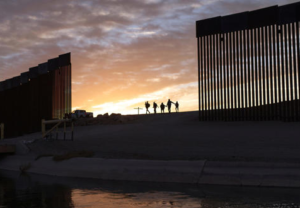 But at Graywood Farms in the heart of Amish country, farmer and co-owner Lisa Graybeal warns of a pressing immigration issue that she and other farmers say is not getting enough attention: They need migrant workers to keep their farms running and Americans fed.

“This is extremely urgent,” Graybeal said. “Without immigrant labor, our dairy farm wouldn’t be here.”

She and other Pennsylvania farmers say they want Congress to stop attacking each other over immigration and pass reform that will give year-round growers and producers – which describes most farms – access to the H2-A farmworker program used by seasonal growers and producers. The visa program would ease the worker shortage in the agriculture industry.

A seasonal visa isn’t enough at a farm like Graybeal’s, where she said it takes two months just to teach someone how to properly milk cows.

“We need long-term workers here. We need workers year-round,” she said, adding that a three- or five-year program would be more appropriate.

Many farm owners want the U.S. Senate to pass the Farm Workforce Modernization Act that passed the House twice, including with support from 40 Republicans. They have been working with Sens. Mike Crapo, R-Idaho, and Michael Bennet, D-Colo., and feel the window is closing to get it passed.

“We’re really desperate at this point,” said Bailey Thumm, federal affairs specialist at the Pennsylvania Farm Bureau. “This is not just about farmers and ranchers. It extends to consumers and every constituent.”

Farmers are counting on a lame-duck Congress to get it done after the election and before a new Congress is sworn-in in January.

“Immigration reform is something we’ve been working on for decades, and lawmakers keep kicking the can down the road,” Graybeal said.