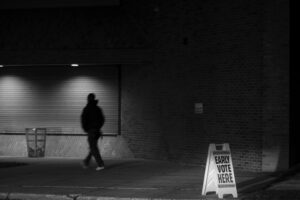 The sweeping proposal includes automatic voter registration, which could unintentionally include immigrants, some advocates warn.

WASHINGTON — Some immigration lawyers and progressives warn that a provision in Democrats’ sweeping voting-rights legislation risks inadvertently harming immigrants if it becomes law.

Their concerns reflect a debate among progressives about whether to amend the bill, and they have created tension between two of the party’s priorities — maximizing access to the ballot box and supporting immigration — as the Democratic-controlled Senate returns from recess this week and debates it.

Democrats who wrote the House-passed For the People Act want to require states to automatically register people to vote at times like when they apply for driver’s licenses or state identification — unless they opt out.

Some immigration lawyers are sounding an alarm, arguing that the measure could mistakenly register people who are legally in the country on work visas or green cards. That could subject them to grave consequences, like being deported or permanently banned from gaining citizenship.

Noncitizens wouldn’t have to intend to register, and they could be punished even if they never tried to vote. They could check the wrong box on a form or misunderstand a DMV clerk’s question about their legal status and face serious consequences.

“A false claim to U.S. citizenship is what we call the kiss of death. It is a permanent black mark that prevents a noncitizen from ever gaining status,” said Gloria Contreras Edin, an immigration lawyer based in Minnesota. “With the HR1 automatic voter registration system, the risk is there’s a strong possibility that there will be unintentional violation of that immigration law.”

Federal law is strict: It is a crime for a noncitizen to falsely claim citizenship in pursuit of benefits such as registering to vote. There are serious consequences even for honest mistakes. A person who does vote could go to jail.