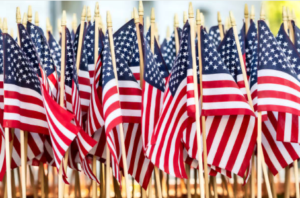 Now, that national interest is making its way into the courtroom.

Kearns’ suit, filed last month in Buffalo, is already attracting amicus curiae, or friend of court, briefs from organizations and governments on both sides of the licensing issue.

The first of them came from the Immigration Reform Law Institute, an arm of the Federation for American Immigration Reform, one of the nation’s leading anti-immigration groups and an organization often linked to President Trump’s hard-line views on the issue.

In its brief, the Washington D.C.-based group claims the new law puts Kearns and his staff in a position where they could face criminal prosecution for issuing licenses.

While FAIR found a champion in Trump, it has also attracted criticism because of its ties to white supremacists and racist statements, according to the Southern Poverty Law Center. The center describes the federation as a hate group, a designation the group is challenging in court.

The pro-licensing side is also weighing in on Kearns’ suit and whether the state has the authority to give licenses to undocumented immigrants.

Connecticut’s attorney general recently wrote to U.S. District Judge Elizabeth A. Wolford and asked for approval to file a friend of court brief. He said the brief would provide the court with the perspective of a neighboring state with four years of experience granting licenses to undocumented immigrants.

“Our example – along with those of 11 other states and the District of Columbia – shows that granting these licenses is not only well within each state’s prerogative but is also a wise policy decision that improves public health and safety,” a lawyer in the attorney’s general’s office said in a letter to Wolford.