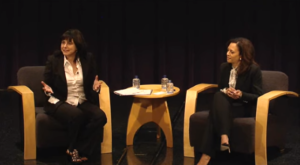 Democrats running for the presidency have a history of telling illegal immigrants to wait their turn.

Past statements from 2020 candidates like Kamala Harris and Elizabeth Warren have reemerged as Joe Biden, their rival for the 2020 presidential nomination, faces criticism for expressing similar sentiments at the Detroit debates.

Harris suggested while vying to become California’s top law enforcement officer that illegal immigrants should “stand in line.” The former prosecutor, who was eventually voted California’s first woman and minority state attorney general in November 2010, made the comments in August of that year during an appearance before the Silicon Valley Leadership Group.

“As the president has said and I agree, not letting them jump to the front of the line but stand in line like everybody else,” she said of then-President Barack Obama and his administration’s immigration policy. “So that’s where I am on the issue. We need to have meaningful laws around this issue instead of approaching it like ostriches because it’s not going away.”

Harris, now California’s junior senator, made the remarks to the public policy association founded by Hewlett Packard’s David Packard when asked how she would handle immigration as head of the state’s Justice Department.

“Immigration, as we have designed the systems of government in this country, is within the jurisdiction of the federal government. And I think even the president of the United States has said [that] has been a failing of our federal government, which is to take this issue on and to fix it,” said the then-San Francisco district attorney. “There’s got to be some leadership. There has to be leadership around recognizing that we have to do what is necessary to enforce the borders, but we also have to do something with the 12 million undocumented immigrants that are in this country, recognizing that it is just not feasible or viable to believe that they’re going to quote-in-quote go back. So lets figure out a way to integrate them in a legal way.”