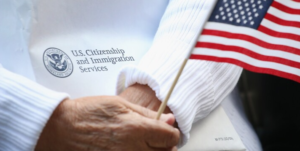 The Supreme Court is set to review a stalled US enforcement effort aimed at immigrants considered safety or security threats, a step Texas calls too narrow and unlawful in its latest legal challenge to Biden administration policies.

US v. Texas to be argued Tuesday centers on a Homeland Security Department memo but has attracted wider attention for its potential impact on prosecutorial discretion across the government. It’s also the latest showdown in the often successful legal campaign by Republican-led states to block the policies of President Joe Biden, especially on immigration.

DHS Secretary Alejandro Mayorkas in 2021 directed US Immigration and Customs Enforcement to focus resources on arresting and deporting noncitizens deemed most dangerous, plus recent border-crossers. The policy departs from Trump-era enforcement against anyone in the country without authorization and was scrapped by a Texas judge this year.

“The district court’s nationwide vacatur thwarts the Secretary of Homeland Security’s exercise of his statutory authority to set priorities for the agency he leads,” Justice Department lawyers toldthe Supreme Court.

Texas, Louisiana, and other critics argued the policy allowed too many noncitizens to avoid consequences for entering illegally, overstaying visas, or otherwise violating immigration laws. The guidelines violate provisions of law that require DHS to detain and deport certain immigrants, including those with a record of aggravated felonies, the states argued.

A federal district court in Texas blocked the Biden policy nationwide this year, and the US Court of Appeals for the Fifth Circuit and the Supreme Court rejected the Biden administration’s bids to freeze that ruling.

The arguments will center on whether enforcement priorities violate the Administrative Procedure Act or the Immigration and Nationality Act, whether the states have standing to challenge the policy, and whether a separate provision of the INA bars district courts from enjoining such policies.