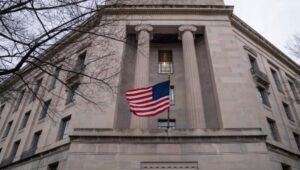 The Justice Department is requiring some immigrants facing deportation to file to stay in the United States in a matter of weeks, a highly unusual move that puts them at a disadvantage and at an increased risk of removal.

Immigrants fighting deportation generally have a chance to make their case in court, where they can ask a judge to allow them to stay in the US by arguing they qualify for asylum or another legal option.

This year, as the coronavirus pandemic gripped the US, the nation’s immigration court system — which is operated by the Justice Department — partially shut down, leading to the postponement of hearings and fueling the growing backlog already facing the system. As of August 2020, the current active court case backlog grew to around 1.2 million, up 11% from the start of March, according to Syracuse University’s Transactional Records Access Clearinghouse, which tracks immigration court data.

But as of late, despite the challenges posed by the pandemic, immigration attorneys have begun to see a slate of orders requesting that their clients file applications requesting relief from deportation within around five to six weeks. If the deadline is not met, a judge could issue a removal order, meaning they’d be subject to deportation at any time.

“The intended result appears to be to increase deportation to even people who have every intent of filing an application with an immigration court. For some people, their next court date is not for many months or a year into the future,” she said.

Over the course of Donald Trump’s presidency, the administration has overhauled the US immigration system, making an already complicated process more difficult to navigate and succeed in.