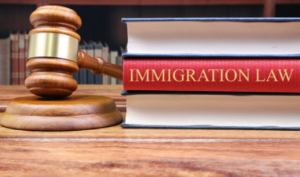 The Jumpstart Our Legal Immigration System Act (Jumpstart), introduced by Zoe Lofgren (D-Calf.) in the House of Representatives, if passed, could revolutionize the green card process. The legislation would recapture thousands of unused family- and employment-based visas and allow beneficiaries to expedite their processes by paying additional fees.

The Jumpstart Act would help to eliminate green card backlogs that have built up for years and were exacerbated by the COVID-19 pandemic. There are over one million people waiting in the employment-based green card backlog (with an additional four million in the family-based categories). Pursuant to the Jumpstart Act, approximately 157,000 visas that were not used from 1992 though 2021 would be rolled over and put to use. The bill also would allow 40,000 individuals who “won” the diversity lottery from 2017 through 2021, but did not receive visas due to delays or restrictions on entry to the United States, to reapply.

For individuals, including many employment-sponsored green card applicants who are waiting to apply for adjustment of status, new fees would allow them to move their processes forward.

Individuals with approved immigrant visa petitions, who are waiting for their priority dates to become current, would be allowed to apply for adjustment of status by paying supplemental fees.

The benefits would be:

The ability to apply for Advance Parole and Employment Authorization

Children could be prevented from “aging out”

The major provisions of the Jumpstart Act were included as part of the House-passed version of the Build Back Better Act. If passed as stand-alone legislation, some of the new supplemental fees would likely fall to employers; however, the additional green card fees could be paid by the beneficiaries. One benefit to employers is that once employees become green card holders, they no longer need underlying nonimmigrant status.