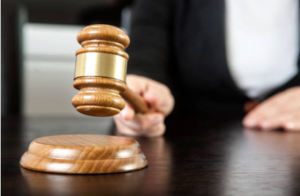 SEATTLE (AP) — A U.S. judge who previously ruled that Washington state could pursue its claim that immigration detainees must be paid minimum wage for work at a privately run, for-profit immigration jail said Tuesday he intends to reverse himself at the urging of the Trump administration.

U.S. District Judge Robert Bryan issued a proposed order notifying lawyers for the state and for the GEO Group, which operates the large immigration detention center in Tacoma, that he plans to dismiss the case. He gave them until Oct. 4 to respond.

“Judges don’t like to reverse themselves,” Bryan wrote. “Sometimes, however, it is necessary — when the law changes or becomes more clear, or when additional facts come to light, or old facts have new impact as the law becomes more clear. So it is here.”

Washington Attorney General Bob Ferguson, a Democrat, sued GEO in 2017, saying the company had relied on detainee labor for work that should have earned them the state minimum wage — currently $12 an hour.

The lawsuit sought to force GEO to give up profits it made by underpaying the detainees, and it has been seen as a test of how well Democratic state officials could resist President Donald Trump’s immigration agenda.

Bryan had repeatedly refused to dismiss the case. He ruled in December that Washington state could pursue its claim that the GEO Group was required to pay minimum wage, instead of $1 a day, for janitorial, kitchen and other duty done by detainees.

While he said it was too early to determine whether the Minimum Wage Act applied to the detainees, he noted that there was nothing in the law that would exempt civil detainees at a privately run jail from being paid minimum wage.

He reconsidered his analysis after the U.S. Justice Department filed a “statement of interest” in the case last month, calling the lawsuit “an aggressive and legally unjustified effort by the state of Washington to interfere with federal immigration enforcement.”