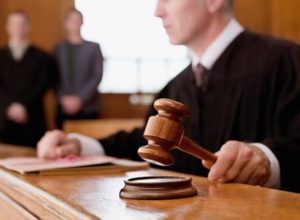 A federal judge on Monday ordered immigration rights activist Ravi Ragbir be released from an Immigration and Customs Enforcement detention center so he can get his affairs in order and say goodbye to his family before being kicked out of the United States for good.

“There is, and ought to be in this country, the freedom to say goodbye. That is, freedom to hug one’s spouse and children, the freedom to organize the myriad of human affairs that collect over time,” Judge Katherine B. Forrest wrote in her ruling demanding Ragbir’s release from ICE custody in a New Jersey prison.

It ought not to be—and it has never before been—that those who have lived without incident in this country for years are subjected to treatment we associated with regimes we revile as unjust, regimes where those who have long lived in a country may be taken away without notice from streets, home, and work. And sent away. We are not that country; and woe be the day that we become that country under a fiction that laws allow it. We have a law higher than any that may be so interpreted—and that is our Constitution.

Ragbir legally immigrated to the United States from Trinidad and Tobago in 1991 and has lived here ever since. However, his legal status has been in limbo since he was convicted of wire fraud in 2001. Since then, he has been required to undergo regular ICE check-ins, the most recent of which resulted in his arrest and detention in early January, which prompted mass protests outside the Manhattan federal building where he was being held.

The judge acknowledged that Ragbir’s deportation—which is scheduled for later this year—is likely to go ahead as planned. However, she wrote, the government’s conduct in arresting and detaining Ragbir without warning or any opportunity to settle his affairs was a gross overstep.